The adrenal axis (hypothalamic-pituitary-adrenal axis) refers to a complex set of interactions and feedback loops between the hypothalamus, pituitary and adrenal glands. This system regulates the body’s response to stress, immune function, energy expenditure, mood, emotions and libido.

What are the adrenal glands?

The adrenal cortex is responsible for producing cortisol and aldosterone.

How cortisol is regulated 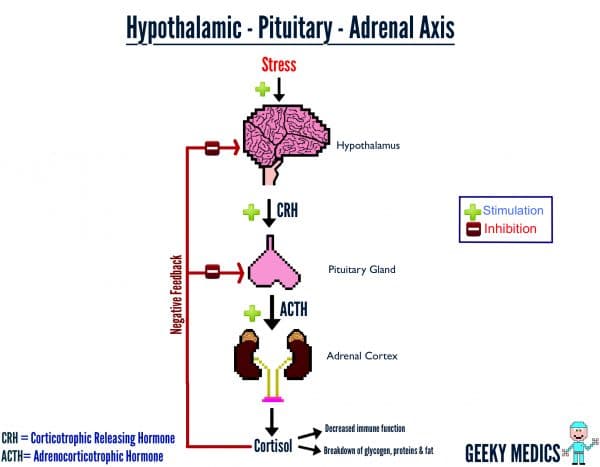 How aldosterone is regulated

Aldosterone has a number of different actions: 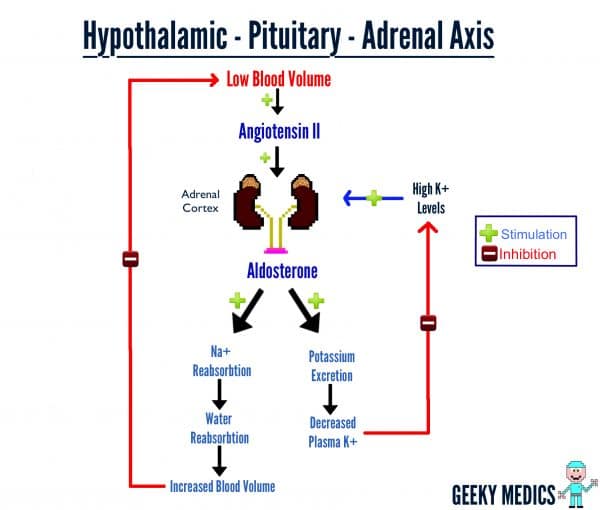 The hypothalamus-pituitary-thyroid (HPT) axis determines the set point of thyroid ...

The endocrine system and ageing

Complex changes occur within the endocrine system of ageing individuals ...

Life is a continuum of constant change. The body, the ...

The process of aging changes the interplay of the immune, endocrine and nervous systems

The immune, endocrine and nervous systems interact with each other ...

Regulation of the reproductive axis begins at the level of ...