How can light be used to make food? It is easy to think of light as something that exists and allows living organisms, such as humans, to see, but light is a form of energy. Like all energy, light can travel, change form, and be harnessed to do work. In the case of photosynthesis, light energy is transformed into chemical energy, which autotrophs use to build carbohydrate molecules. However, autotrophs only use a specific component of sunlight (Figure 1). 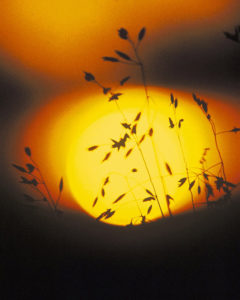 WHAT IS LIGHT ENERGY?

The sun emits an enormous amount of electromagnetic radiation (solar energy). Humans can see only a fraction of this energy, which is referred to as “visible light.” The manner in which solar energy travels can be described and measured as waves. Scientists can determine the amount of energy of a wave by measuring its wavelength, the distance between two consecutive, similar points in a series of waves, such as from crest to crest or trough to trough (Figure 2). 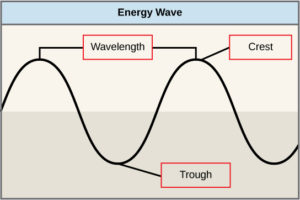 Figure 2 The wavelength of a single wave is the distance between two consecutive points along the wave.

Visible light constitutes only one of many types of electromagnetic radiation emitted from the sun. The electromagnetic spectrum is the range of all possible wavelengths of radiation (Figure 3). Each wavelength corresponds to a different amount of energy carried.

Figure 3 The sun emits energy in the form of electromagnetic radiation. This radiation exists in different wavelengths, each of which has its own characteristic energy. Visible light is one type of energy emitted from the sun.

Each type of electromagnetic radiation has a characteristic range of wavelengths. The longer the wavelength (or the more stretched out it appears), the less energy is carried. Short, tight waves carry the most energy. This may seem illogical, but think of it in terms of a piece of moving rope. It takes little effort by a person to move a rope in long, wide waves. To make a rope move in short, tight waves, a person would need to apply significantly more energy.

The sun emits a broad range of electromagnetic radiation, including X-rays and ultraviolet (UV) rays (Figure 3) . The higher-energy waves are dangerous to living things; for example, X-rays and UV rays can be harmful to humans.

Light energy enters the process of photosynthesis when pigments absorb the light. In plants, pigment molecules absorb only visible light for photosynthesis. The visible light seen by humans as white light actually exists in a rainbow of colors. Certain objects, such as a prism or a drop of water, disperse white light to reveal these colors to the human eye. The visible light portion of the electromagnetic spectrum is perceived by the human eye as a rainbow of colors, with violet and blue having shorter wavelengths and, therefore, higher energy. At the other end of the spectrum toward red, the wavelengths are longer and have lower energy. 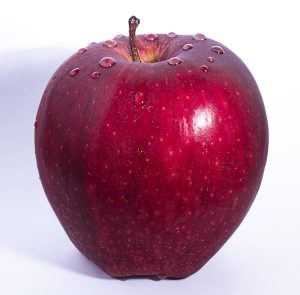 Figure 4 This apple appears red because it is reflecting the red wavelengths of light. Other wavelengths are absorbed by the apple.

Different kinds of pigments exist, and each absorbs only certain wavelengths (colors) of visible light. Pigments reflect the color of the wavelengths that they cannot absorb. All photosynthetic organisms contain a pigment called chlorophyll a, which humans see as the common green color associated with plants. Chlorophyll a absorbs wavelengths from either end of the visible spectrum (blue and red), but not from green. Because green is reflected, chlorophyll appears green.

Other pigment types include chlorophyll b (which absorbs blue and red-orange light) and the carotenoids. Each type of pigment can be identified by the specific pattern of wavelengths it absorbs from visible light, which is its absorption spectrum.

Many photosynthetic organisms have a mixture of pigments; between them, the organism can absorb energy from a wider range of visible-light wavelengths. Not all photosynthetic organisms have full access to sunlight. Some organisms grow underwater where light intensity decreases with depth, and certain wavelengths are absorbed by the water. Other organisms grow in competition for light. Plants on the rainforest floor must be able to absorb any bit of light that comes through, because the taller trees block most of the sunlight (Figure 5). 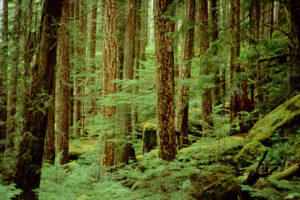 Figure 5 Plants that commonly grow in the shade benefit from having a variety of light-absorbing pigments. Each pigment can absorb different wavelengths of light, which allows the plant to absorb any light that passes through the taller trees. (credit: Jason Hollinger)

What Are Elementary Particles?

Elementary particles are the smallest known building blocks of the ...

You may have heard light is an ‘electromagnetic wave’ or ...

A melding of biology and physics first suggested in the ...

The real history of quantum biology

What is a ray of light made of?

It's all around us and allows us to see the ...