A working heart muscle was printed on a 3D printer

American engineers from the University of Minnesota were able to print a fully functional heart muscle - myocardium. The resulting model is shortened in the same way as the real human heart. An article about it has been published in Circulation Research magazine.

Previous attempts to obtain a living myocardium failed because cardiomyocytes (heart muscle cells) lacked the ability to divide. That’s why the tissue was not sufficiently dense and could not work as a pump.

This time the scientists approached the printing process in a different way: they prepared special bio-inks from proteins of the extracellular matrix, which were then mixed with human pluripotent stem cells. From the resulting mixture, they printed a two-chamber myocardial structure with incoming and outgoing blood vessels. Reprogramming of the stem cells into cardiomyocytes only took place after the cells multiplied inside the structure, creating dense tissue. It took about one month.

As a result, the scientists obtained a fully functional myocardial model, in which all cardiomyocytes were reduced spontaneously and synchronously, pumping fluid that simulates blood. The size of the model is about one and a half centimeters. 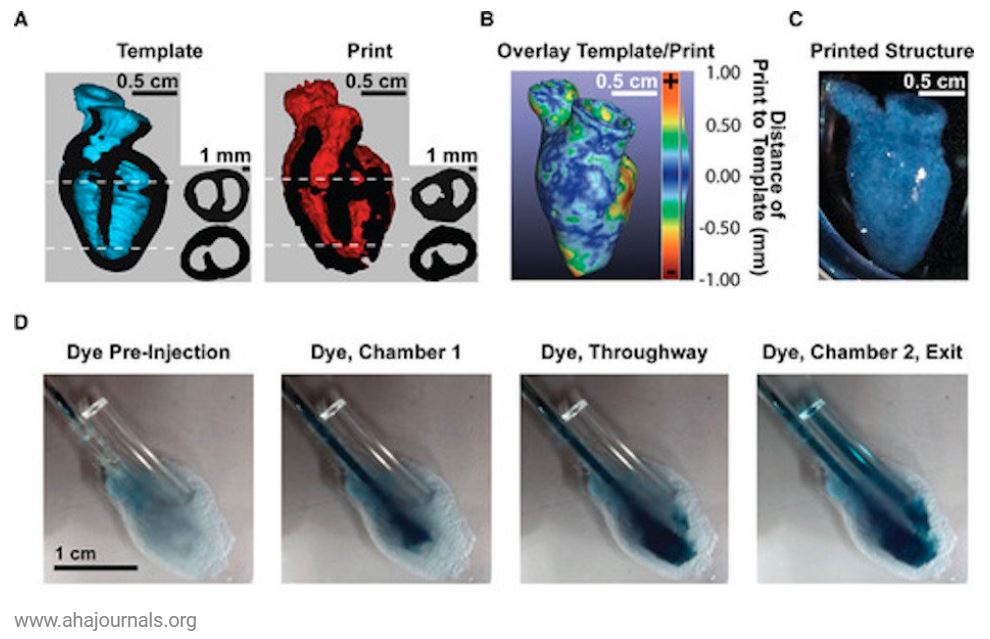 Then specialists plan to transplant the muscle into the body of the mouse and monitor how it will take root.

Such 3D modeling, the authors conclude, will allow us to study the heart function much better.

One of the causes of Alzheimer's disease is insufficient oxygen ...

American researchers at Brigham Women's Hospital in Boston have studied ...

Scientists at the University of California at San Francisco conducted ...

A team of researchers from the U.S. found that ...

Coronary heart disease causes the death of over seven million ...