Scientists from the Research Institute of Translational Genomics and the University of Arizona (USA) found that residents of some Indonesian islands have DNA fragments similar to those of the Denisovans man. According to experts, it is the presence of these genes may be associated with the resistance of natives to serious infectious diseases.

DNA sequencing work, which has been actively carried out in recent decades, was primarily aimed at studying the genetic material of people of European origin. They allowed discovering variants of genes and gene mutations influencing various nuances of human health.

Today, scientists are interested in the genetic nuances of the inhabitants of Indonesia, the world's largest archipelago with more than 17 thousand islands, and 273 million inhabitants. Among other things, experts are interested in the region because Indonesia is the epicenter of many infectious diseases, including malaria and other tropical diseases. Thus, the immunity of Indonesians throughout the history of life in the archipelago is under high pressure of infection. The experts were interested in the DNA features of the islanders, allowing them to survive for a long time in such conditions.

Geneticists have found that there is minimal genetic diversity within the same island. At the same time, the genome varies from island to island, making Indonesia a unique region for geneticists. In the course of the research, scientists have found interesting nuances in the DNA structure of the cow's tribe. These are the inhabitants of the south-eastern Indonesian province of Papua, only about fifty years ago, first learned about the existence of other civilizations. The study of their genome showed that about 5% of hereditary material is similar to the Denisovans DNA sites. 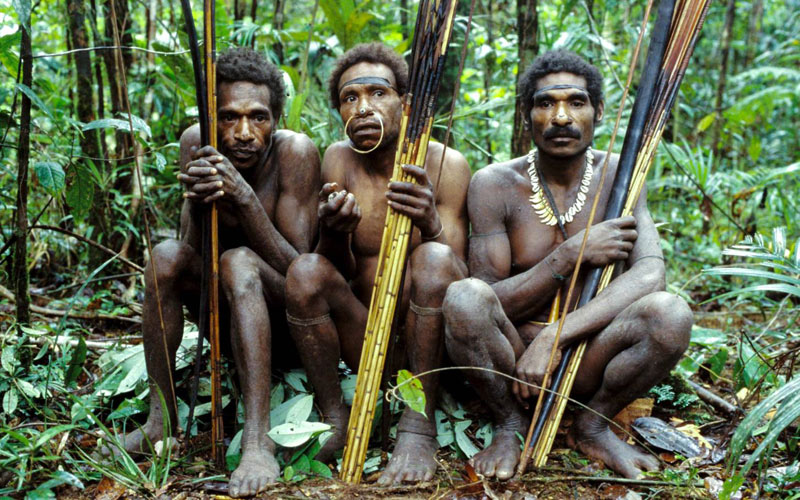 Denisovans man called the ancient subspecies of man, which died out about 40 thousand years ago. DNA of Denisovans differs from the DNA of the modern man on 385 nucleotides (unlike Neanderthals whose genome differs from a modern man on 202 nucleotides). An in-depth study of the DNA of the Cowai tribe, and especially the area resembling the genome of an ancient man, has shown that this area of the genome is involved in immune reactions.

- We found that these remnants of ancient DNA lead to changes in the genes involved in immune function - explained the senior author of the study, Dr. Nikolai Banovich. - This study demonstrates the need to study the genome of different populations to better understand human genetics.

Today, the scientists are working on an in-depth understanding of how DNA fragments inherited from the Denisovans people of Indonesia affect their body's susceptibility to infections. The experts believe that the results of this work will help in the future to develop methods to increase the body's resistance to infectious diseases.

The cellular composition of the body is constantly updated. The ...

Promising gene therapy for Parkinson's disease has been developed

Loss of dopamine neurons in a substania nigra is a ...

Researchers from Stanford (USA) and the University of Dundee (UK ...

The cause of cancer cell immortality has been discovered

Pan-Cancer Analysis of Whole Genomes (PCAWG) is a large-scale project ...

After 40 years, the risk of heart attacks and strokes increases by 10 times, especially in men

Stroke and myocardial infarction are the leading cause of death ...

Scientists at Stanford University Medical School have developed technology to ...

AI predicts risks of brain diseases based on blood analysis

Canadian researchers from The Montreal Neurological Institute and Hospital and the Ludmer ...